Welcome to Panama! As we approach our 10th Birthday this September, we feel that now is the perfect time to expand our model into a 3rd country and offer a 2nd country for our  our Global Citizenship Program in a 2nd; Panama! 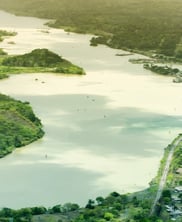 You’ve probably heard about the Panama Canal--it’s considered to be one of the greatest feats in modern engineering--spanning 51 miles and connecting the Atlantic Ocean and Pacific Ocean, the canal took ten years to complete, costing almost $500,000,000 (roughly equivalent to $9,169,650,000 today!) --and is often called one of the “Seven Modern Wonders of the World.”

But do you know anything about the country that houses it? The culture, history, and traditions of Panama are often overshadowed by its infamous canal, but this small country has a lot to offer. We want you, our supporters, to feel part of this expansion and informed about this new exciting country!

To begin, read about why School the World is bringing our model to Panama and continue on to read some fast & fun facts about this beautiful country!

The Problems: Why are we expanding into Panama? 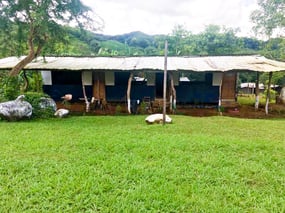 Poverty, discrimination, and education inequality are just a few of the issues we hope to address as we expand into Northern Panama.

Population: 4,098,587 people
Capital City: Panama City
Languages Spoken: Spanish (official), many indigenous languages (including Ngabere (or Guaymi), Buglere, Kuna, Embera, Wounaan, Naso (or Teribe), and Bri Bri, Panamanian English Creole, English, Chinese (Yue and Hakka), Arabic, French Creole, and more!
National Bird: Harpy Eagle
National Flower: Orchid
National Slogan: “Pro Mundi Beneficio,” or “For the Benefit of the World”
Sport: Baseball is the most popular sport in the country.
Flora & Fauna:
Panama has the most diversified wildlife of all the countries in Central America as it's home to species native to both North and South America.
There are over 10,000 different plants species in Panama, including 1,200 varieties of orchids.
Fun Fact: Panama elected its first female president, Mireya Moscoso, in 1999.


We are so excited to start our work in Panama in the coming months and starting in 2020, U.S. students and companies will have the opportunity to transform lives in communities throughout Northern Panama.

New experiences and opportunities await, and we are really looking forward to embarking on this journey with you all!