The Value of Returning by Kelsey Rondini

My trips with School the World have been two of the most powerful and transformative weeks of my life. In April 2017, I traveled to a part of the world I had never seen, was surrounded by a language I had never spoken, learned about a culture I had never experienced, and built powerful connections that I will never forget. Whether it was a lasting friendship with another high school volunteer or a shy wave from a second grade student, I met so many incredible people in Guatemala. 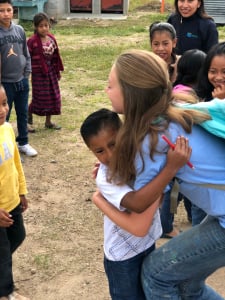 There was a strong sense of community as School the World staff, high school volunteers, community leaders, children, parents, and teachers worked toward a common goal of building a safe and welcoming learning environment. The connections I made were what ultimately motivated me to return to Guatemala the following year. 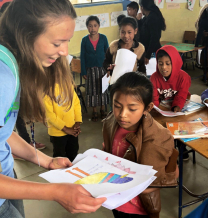 On my second trip, I returned to the community I had worked in the previous year. San Juan welcomed me again with open arms, big smiles, and homemade cards thoughtfully written in both English and Spanish.It was amazing to see all of the kids I had bonded with the previous year, not only because I had missed them, but also because it was great to see them learning in and enjoying their new classrooms. 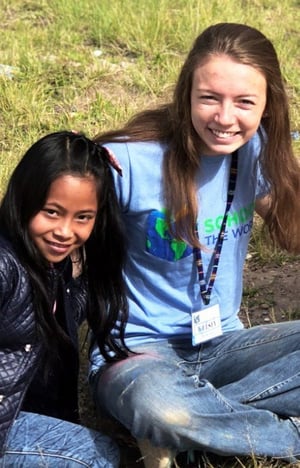 One girl in particular that I remembered from the previous year was so kind. I had slipped and cut my hands on some rocks while we were playing a game at recess. She sat down next to me, patted my back, and asked repeatedly if I was alright. It was so touching that in spite of the language barrier, age difference, and living thousands of miles apart an eight year old girl cared so much about me. Her genuine compassion was such an incredible thing to see.

As I fell in love again with the kids and their communities, I began to wonder more about the process and challenges to ensuring quality education. Why were there fewer children enrolled in the older grades? Why were there fewer girls? How many other kids never got the opportunity to read and write? What did School the World do once the school was built and we all left? As I asked questions, I became more aware of obstacles to education that I had never fully understood as well as all that School the World does after we, the high school students, leave the community. 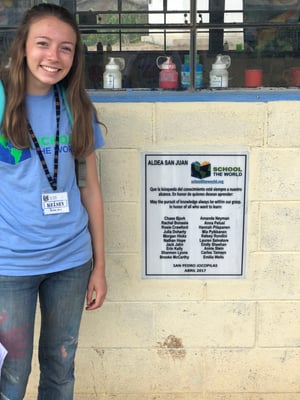 Returning to to my old community San Juan, greatly expanded my perspective and taught me so much about education, nonprofit organizations, and the methodology behind the work that we were doing. I had the opportunity to learn about the incredibly difficult- yet vital- process of reaching communities, providing the space necessary to learn, ensuring that the space is used effectively and that the programming sustains. By visiting San Juan one year after we had built the school and seeing the programming that School the World had started once we had left, I realized that education is so much more than the classrooms built or school supplies collected during a week of service. I returned from my second trip with School the World inspired by the power of education, confident in my ability to make an impact, and determined to stay involved.

Returning to Guatemala with School the World was one of the best decisions I have made, and I cannot wait for my next trip! 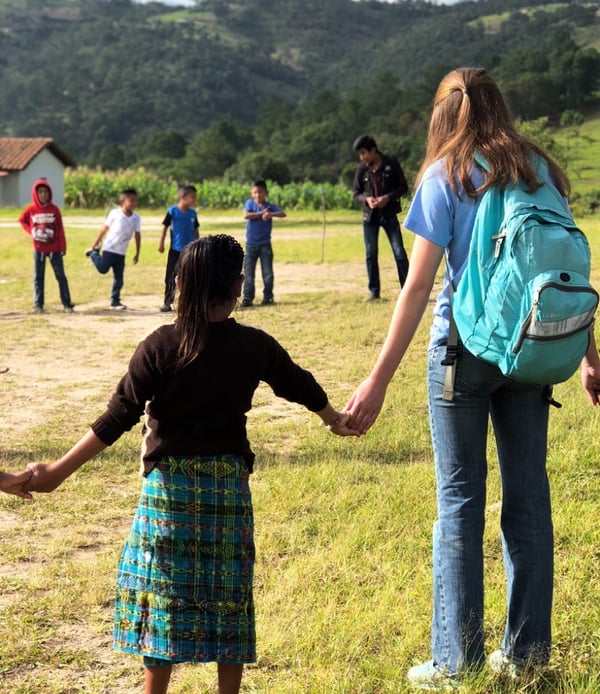