Celia and Magdalena Leon Tirquiz are sisters, united by both blood and  their burning desire to learn. 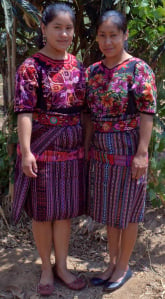 Magdalena and Celia are two Quiche, Mayan women. They are heiresses of a rich culture; descendants of the kingdom of Q’umark’aaj.

In the Mayan culture, women are often denied the right to study beyond a primary school level of education.  These beliefs were strongly adhered to by the Tirquiz family.  Magdalena, the elder sister, is strong and willful. Though her family’s resistance to education caused extreme hardship, even alienation from her family, Magdalena committed to obtaining an education. She did not allow herself to be subjugated by a belief system that devalued her right to education. 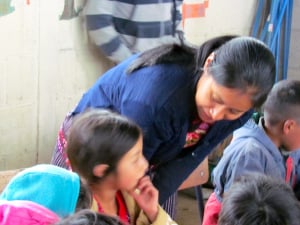 Magdalena faced overwhelming familial, social and financial hardships in completing a secondary level of education. She also graduated from a bookkeeping program and is now continuing her studies at Universidad Mariano Galves. Magdalena’s efforts and success have not only set a precedent within her family and that of her extended family (she has eight brothers and sisters!), but have also provided a shining example for the people of her community. 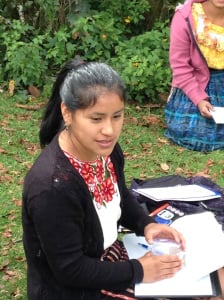 One of those sisters, Celia, had the privilege of witnessing firsthand the persistent efforts of her sister’s journey to success. She is a young leader in her own right with a powerful presence, cheerful demeanor and genuine optimism.  She also completed her secondary education and has now been awarded a scholarship to continue her studies as a translator in the Quiché language at Rafael Landivars University.

In 2012 Celia and Magdalena began work for School the World as Parent Trainers. They teach parents in rural Guatemala to be an advocate for their child’s education every day. They train parents how to be a “first educator” in the home, reserving time for homework, speaking Spanish instead of the indigenous K’iche language and assisting where they can.

Celia and Magdalena constantly struggle to continue studying and be actors of change in their families and communities. School the World is so proud to call them one of us. They will forever provide us with an example of strength, reminding us that the voice of women and the right to education can move mountains.