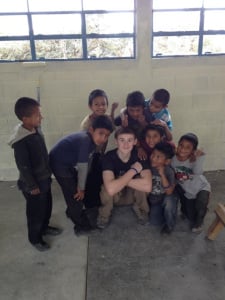 George is a freshman at Hingham High School.  George volunteered with School the World for his second time during his spring break this February.

This was my second time going to Guatemala and both my experiences were amazing. This year I thought we had more time in the community, which was so cool. I made many friends in the community, such as Juan Carlos and Mario. It was really fun just hanging with the kids and playing with them. Everyone is really shy once you first arrive in the community but eventually people warmed up to your presence around them. The other men and women when we first arrived laughed, watched, and took out cameras. A lot of the men in the community had phones, which was just one of the many things that altered our view of poverty. On the last day we were in the community, the whole community was by the newly built school. All the kids were already playing soccer and when we got there they jumped on our backs and we ran around with them. It was really sad leaving the community after having so much fun and meeting so many people. I can't wait to go back again! 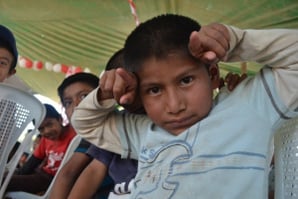