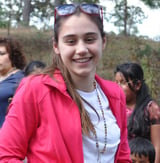 Kiara Wahnschafft is a student at Winchester High School in Winchester, MA. She raised $3,500 to complete two primary schools with 17 other students from the Boston area. Kiara traveled with School the World to Colonial San Juan, Santa Cruz del Quiche in Guatemala during her spring break this February. Here she describes her experience.

I miss it. I miss everything about it. I couldn’t possibly delve into every aspect of the trip I miss here, though, so I’ll just focus on one part. One seemingly miniscule, deceivingly significant part: their smiles. It’s such a small part of the trip, such a minor detail, but, honestly, it’s probably what I’ll remember most.

They smiled when we played soccer with just two wooden frames for goals.

That’s exactly what I hope School The World has done for them. We’ve given them a school, a place where they can grow, mature, and learn. I hope that makes them smile even more than they already do. 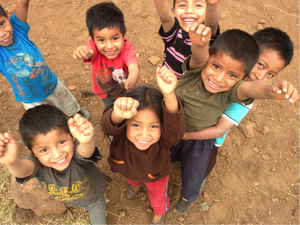